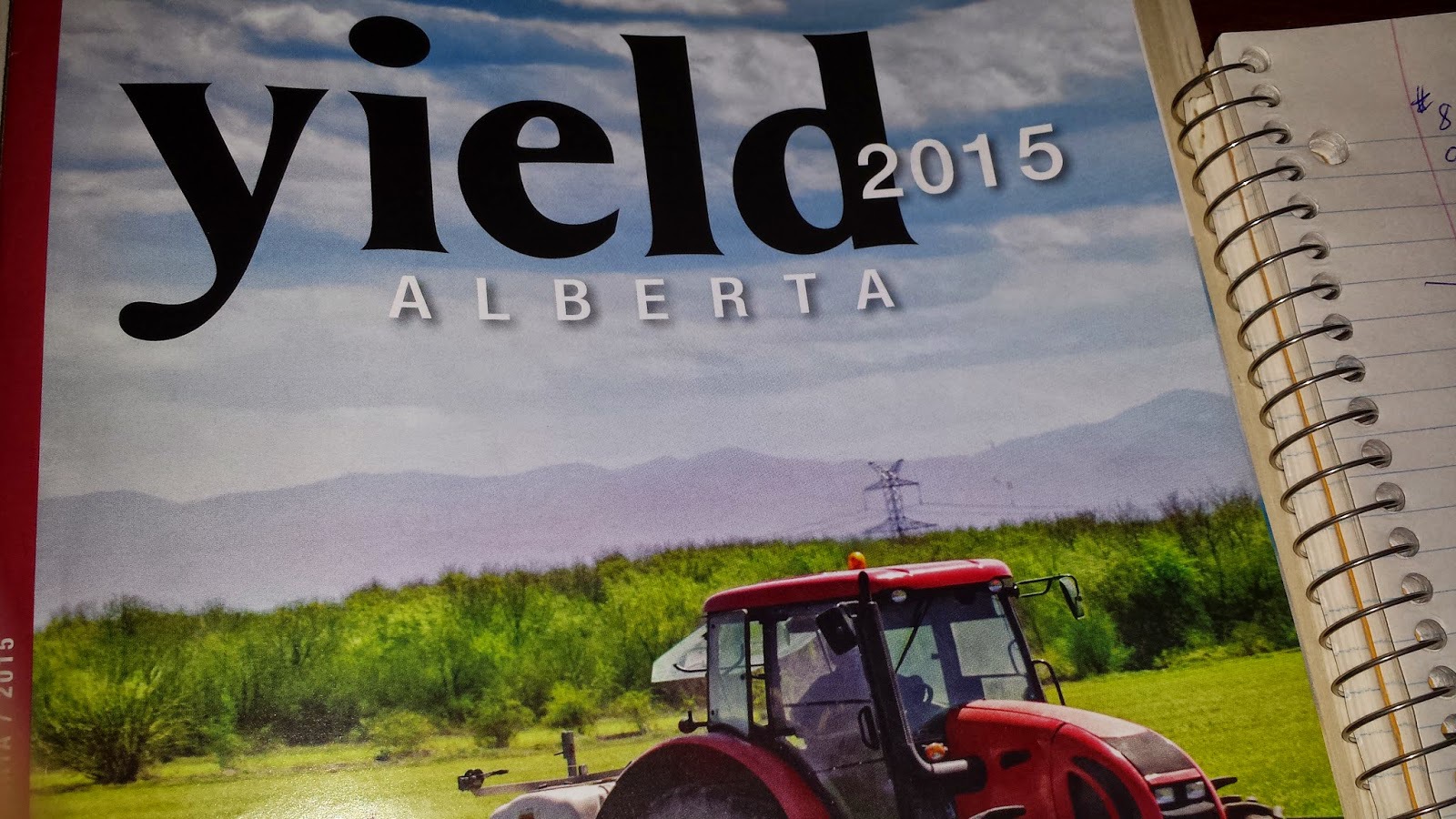 The Yield 2015 Alberta publication lists the crop insurance acres & yields by variety and risk area in the province. You can see multiple years of data but for now I am focusing on 2014, which, as we know was a bit of a tough year on barley with snow and bad conditions at harvest. Keeping in mind that these conditions had an impact on the results, I will take you through the highlights...

BARLEY ON IRRIGATION RESULTS - PROVINCE WIDE:
The barley results mix malt barley and feed, 2 row and 6 row results. So I am going to look at all barley together for the sake of simplicity.

There seems to be less demand for 6 row barley these days but when you see the yield results on irrigation, it makes you wonder why. Top yields for barley on irrigation are:

Other varieties were below these yields.

BARLEY ON DRYLAND RESULTS - PROVINCE WIDE:
There is a long list of varieties in the dryland barley table.  I was surprised to see how well the malt barleys do for yield in general on dryland.  Many folks don't consider growing malt barley varieties that are a little less popular than Metcalfe and Copeland but many of these other varieties yield very well for feed and can go for malt depending on demand.

The top varieties, in 2014, province-wide for barley on dryland were:

OTHER RISK AREAS:
I would encourage you to get a copy of this publication and look at the results in your risk area of the province. I would also recommend that you look at not just the results for 2014 but also the results for prior years because, as every farmer knows, every year has it's unique set of challenges.

THE FINAL WORD:
In these last few blogs my focus has been on yield results.  Obviously, yield is important but many farmers will sacrifice a bit of yield if they can get better standability or quality. In addition, markets are very important and our two best selling varieties this year are AC Metcalfe and CDC Copeland because these two varieties are in demand with malt companies. So yield is important but really it all boils down to what is going to work best on your farm.