Get Ready for the Redpolls

Get Ready for the Redpolls

With winter approaching, we are starting to see birds migrating to their winter feeding grounds.  That means that the redpolls hopefully will be showing up at my feeders later this fall.

Did you know that Common Redpolls and Hoary Redpolls are generally found year round up north in the North West Territories, Nunavut, the Yukon and Alaska? They actually breed in the very northern edges of these areas right around the Arctic Ocean. According to the the Cornell Lab of Ornithology, these hardy little souls can survive temperatures of -65 degrees F (-53 degrees C)!

In the winter months, though, even these birds say "enough is enough" and many will migrate further south and be found down in southern parts of Canada and even down into the central or southern States. They are considered "irruptive" meaning that they follow food sources and their migration can not be predicted year to year.  So some years there will be many in an area and some years not.  Like Pine Siskins, these birds travel in flocks and when crowded at a feeder, can be susceptible to salmonella infections. 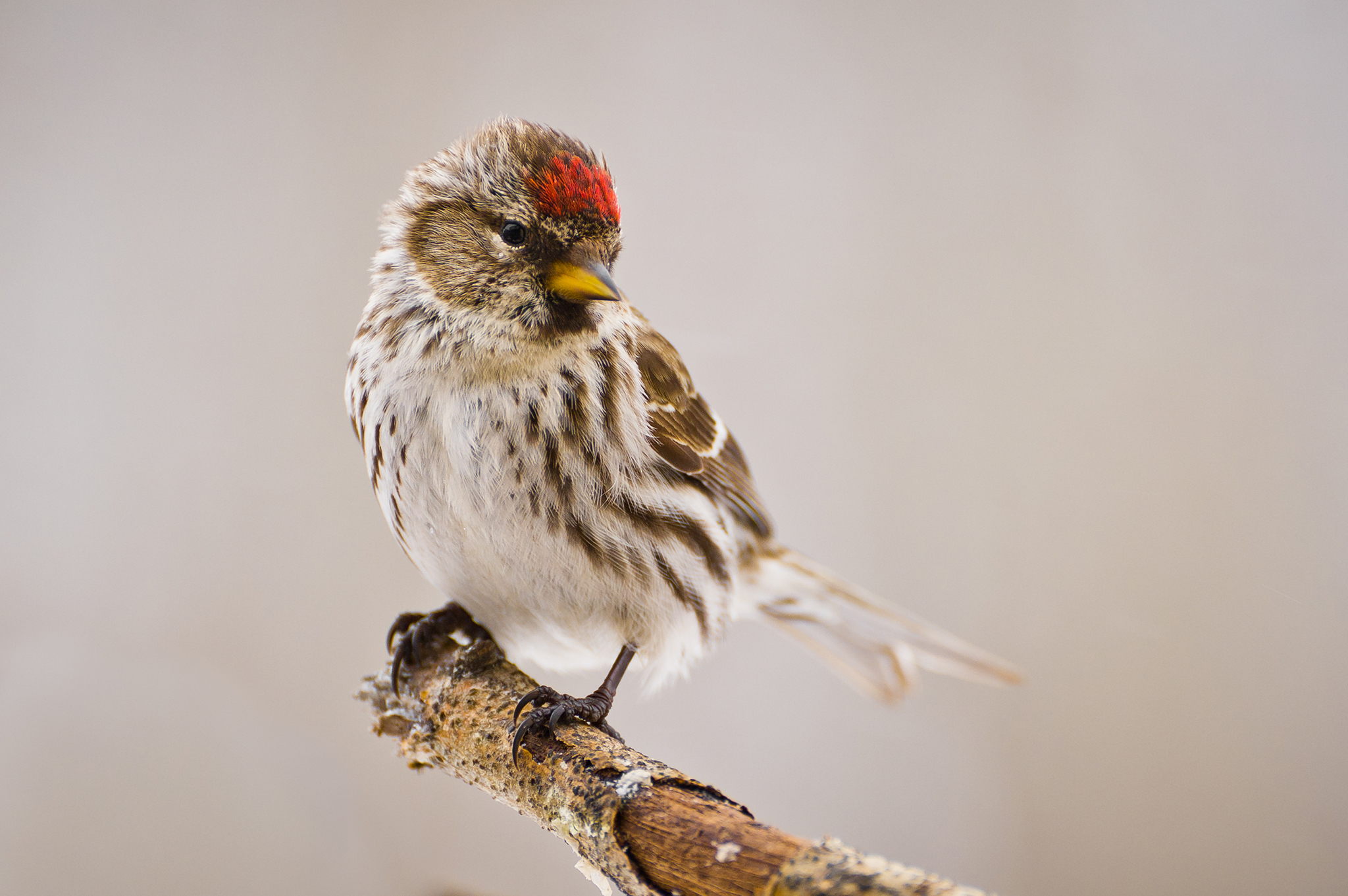 So how do you recognize a redpoll in your backyard? Well it is a small bird and different from a house finch or purple finch in that it has a distinctive red cap on it's head. The Hoary Redpolls are lighter coloured than the Common Redpolls, but the Common are more common so, given my lack of skills in identifying birds, I presume the ones in my backyard are Common Redpolls.

We thoroughly enjoy watching the redpolls at our feeders as they quarrel among each other and have unique personalities. We find that redpolls will eat from many different styles of feeders but seem to prefer our Mother Nature's Finch mix in a tube feeder or medium sunflower chips in a hopper style feeder.

Please remember to be extra careful about keeping your feeders clean of any bird droppings if you have large flocks of redpolls in your yard, given their susceptibility to salmonella.

A couple of final neat facts about redpolls again from the Cornell Lab of Ornithology:

What interesting lives these birds must lead! Keep your feeders stocked for redpolls this winter.