This article is part of our "Ask Myrna" Backyard Bird Feeding Series.

Black oil sunflower seeds hold the distinction of being the most sought-after of all feeder seeds. In fact, sunflowers are not only dined on by dozens of bird species, but they are also eaten by a myriad of other creatures - from bees and many other species of insects to coyotes and deer. So nutritious and packed with essential nutrients are black oil sunflower seeds that they are also added as a dietary supplement for horses.

While there are many different varieties of sunflowers on the market today, all trace their origins back to the wild sunflower (Helianthus annus). Until recently, the most popular type of sunflower seed for feeding birds was the large striped variety. From that original North American stock, Russian researchers undertook a selective breeding program in the early 1900s. The resulting black oilseed variety, which was smaller, had a thinner shell, and more calories per gram, was then marketed around the world and soon became the number one ranking bird seed.

Not only are black oil sunflower seeds the best and most popular feeder fare, but they are also easy to grow. Plants will often germinate beneath bird feeding stations from the seeds that fall on the ground. If a more appropriate location is required, simply pull the small feral plants and use some of the birdseed to plant them elsewhere. With their bright yellow flowers and sturdy stalks, sunflowers add both interest and colour to gardens and flower beds. Once they ripen, the heads can be left on throughout the fall or broken off before the birds can extract all the seeds and set out later in the winter. Several species, especially jays, chickadees and crossbills, love to pick the seeds directly from the sunflower heads.

Black oil seeds can be dispensed in a variety of ways: ground-feeding birds will feed on them if they are thrown directly on the ground (under the canopy of large conifers is recommended since these areas tend to remain snow-free) as well from various feeders, including trays, covered trays, hoppers, and tube feeders that have large portals.

One downside of offering unshelled sunflower seeds is that the hulls can accumulate under the feeders and, if allowed to pile up, can become unsightly and even kill lawn grass. The droppings might also attract mice or voles. The presence of these small creatures isn’t necessarily bad - they can provide some interesting wildlife watching and may even bring in small owls and other small predators. Deer also love sunflower seeds, so if they become a problem, the feeding stations need to be raised so they are out of reach. To reduce the issue of accumulation, discarded hulls can simply be raked up on a regular basis. 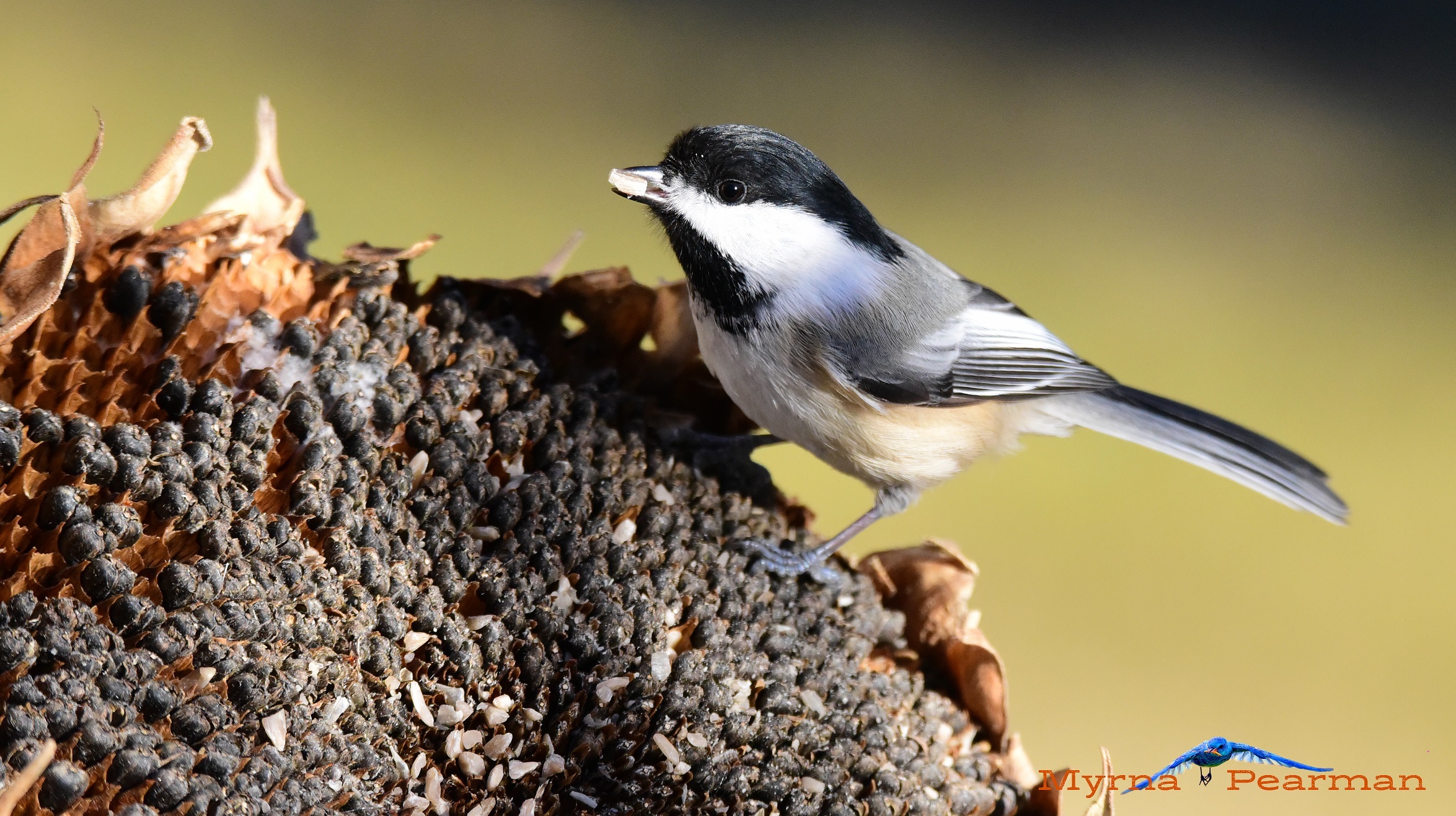